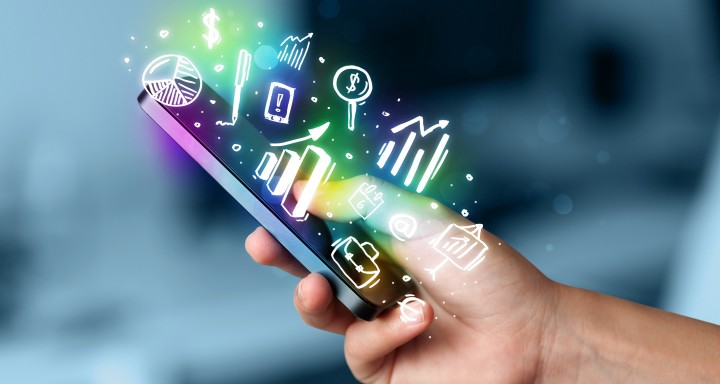 There are a lot of different ways to store information online or share it with others. Services like Google Drive and Dropbox are both popular choices that are also convenient for easily sharing large files you couldn’t fit into an email.

If you’re wondering which is better, there’s no reason to guess. We’ve already compared the two storage services for you and compiled the results.

Both Dropbox and Google Drive offer free storage space for those who would like to try out their respective services before putting down a few dollars a month for something more expansive and permanent. Google Drive comes as standard, with 15GB of free space, far more than Dropbox’s initial free storage offering of just 2GB.

Although that does give Google a notable edge in this section, Dropbox offers several ways to increase your free storage. Basic (free) accounts can earn an additional 500MB of storage space for each friend or family member referred to the service, up to 16GB. Users can also compose a short message about why they enjoy using Dropbox to get 125MB for free.

While the additional earned storage space leads to Dropbox offering more free space than Google Drive, referring hoards of friends isn’t a simple task. Especially in today’s world, most people who want cloud storage already have it. It’s good that Dropbox has that option, but ultimately Google Drive’s free storage is simply better.

If you want to store anything beyond a few gigabytes, it doesn’t matter which cloud storage solution you opt for: You’re going to have to pay for it. Both Google Drive and Dropbox offer premium subscription services, which give you much more remote storage to work with. The question is, which one has the better packages available?

For personal users, Dropbox has a person versus business pricing structure for its premium storage offerings. The Dropbox Plus account offers 2TB of storage space, which adds remote device wipe and two-factor authentication (which is essential for keeping files secure these days). It’ll set you back $100 for the year or $10 a month. There’s also the option of a Professional account, which costs $17 and offers 3TB of storage space plus watermarking, shared link controls, and more handy features.

Dropbox offers Standard and Advanced accounts for teams and business users, which feature additional file recovery time, built-in encryption, and a few other expanded features. The Standard accounts are limited to 5TB of storage for $12.50 a month, though, the Advanced accounts are virtually unlimited, offering as much space as needed. It’s much more expensive, though, costing $20 per user per month when paid annually, or $25 per month on a rolling basis. They also come with a wealth of team management options, including options for billing, admin management, API access to partners, and everything that business-level cloud services will need.

On the other hand, Google Drive simply offers three primary tiers of pricing after the free option, all generally called Google One. The first is a $2 per month plan that provides 100GB, access to Google experts, and the ability to add family members. The second is a $3 per month option for 200GB that includes the previous benefits and a Google Store discount. The final option is a more professional-oriented tier of 2TB for $10 per month, which gives you an even more significant discount. Now there are additional options for Google Drive, all the way up to 30TB for $300 per month. Still, these are primarily focused on enterprise-level users, and other benefits rarely change after the fourth tier.

Ultimately, Google Drive and Dropbox both have their advantages when it comes to pricing. If 100GB of space will suffice, Google Drive’s $2 a month option is the best bet. It also has many more varied options for larger storage capacities. However, Dropbox’s Business package offers unlimited storage space for as low as $75 a month, which is far more and far less, monetarily, than Google Drive’s most significant offering.

Dropbox can sync files across multiple devices and operating systems, including all primary desktop and mobile platforms. As Cloudware breaks down in its comparison, its Linux support and “smart-sync” set Dropbox apart from the competition, as it means only changes are synchronized, not the entire file or folder.

In comparison, Google Drive’s syncing supports multiple devices and operating systems, though it doesn’t support Linux natively. Some workarounds make it so, but it’s not an officially supported platform for file syncing. While it does let you select specific files to sync, it doesn’t support syncing of file changes, often called “block-level” synchronization. That means it needs to re-upload or download entire files to sync them.

File sharing is of paramount importance to many cloud storage customers, as it makes it much easier to send large files or folders to groups of people.

Google Drive lets you share files and folders using the mobile app or in the web-browser interface, with direct links, or the option to email access to your trusted share partner. It also offers the opportunity to give viewing and editing permissions to those you share with, letting you customize the power they have. The only downside is that without passwords or expiry dates on those links, they do present a potential security problem if you don’t move your shared files or folders in the future.

Dropbox offers just as much flexibility with where you can designate shared folders and files. However, Professional and business account holders can set passwords and expiry dates on links, which help protect your data long-term. You can also set edit permissions for users. Its Showcase feature is a nice touch for Professional users, letting them create portfolio pages with Dropbox media.

Dropbox’s share page also makes it easy to see which folders and files you’ve made accessible to others. Ultimately that, combined with better security protections for user data, make Dropbox the better choice.

Outside support and productivity options

Google Drive can quickly save and store Gmail attachments, twin stored images with Google Photos, and makes collaboration easier through Google Docs, Sheets, and Slides. The Chrome Web Store has more than 100 compatible third-party apps for Google Drive, giving the cloud storage solution a lot more potential than some of its competitors.

Dropbox has also developed its own products and partnerships. Personal users can enjoy a partnership with Microsoft that sees Office documents openable and editable from within Dropbox itself, making collaboration easier. Dropbox Business users can also use integrated PDF viewing and sharing with Adobe, and real-time messaging through Slack. Its DBX platform also helps integrate with services like Autodesk and Okta. Professional users gain unlimited API access to security, productivity, and data transport partners to help build their unique solutions based on their business requirements.

Plus, Dropbox has added its apps over the years to compete with Google more directly. That includes Dropbox Spaces for team collaboration, Dropbox Paper for creating content, and Dropbox Transfer for sending large files securely. Notably, the service also recently released a new Desktop app to assemble all its services into a cleaner interface that makes them more usable and integrates Dropbox more fully with operating system capabilities.

Dropbox has come a long way here and again is more friendly for complex or enterprise-level businesses. Still, it’s also very convenient that Google keeps everything in the Google family. It depends on what you need.

In a world of post-Snowden revelations and regular hacks of major organizations, ensuring your remote data and privacy are protected is a major consideration for many cloud storage customers.

For its part, Dropbox encrypts your data to a 128-bit AES standard while files are in motion, and then to a 256-bit AES standard when at rest. It also offers two-factor authentication for decrypting files, to prevent unauthorized users from gaining access to them. Paying customers can also remotely wipe sync files should they lose a relevant device. Version rollback even lets you replace updated files for differing periods of time depending on your package, offering some measure of protection against ransomware.

Meanwhile, Dropbox also meets multiple security and privacy standards but is a bit more on top of EU/U.S. certifications and data hosting in Europe. They are also a bit more outspoken about fighting overly broad government data requests, although they can’t guarantee that any particular request won’t be honored.

Overall, Google Drive has a very slight lead here due to its openness and the clarity about the number of certifications it meets, both domestically and internationally. Dropbox has its own data specialties, however, especially for businesses operating in Europe. Work closely with support to find out more information from either service.

Google Drive and Dropbox have an intense rivalry, each system trying to win more users with excellent free service options or the best new paid upgrades. But although they both provide impressive cloud storage options, Dropbox wins over Google Drive just about every time.

That said, there are some cases where Google Drive may better serve your needs. For one thing, Google Drive’s free version is much better than Dropbox’s, so it’s the perfect choice for someone who only has a few files or is just interested in testing out cloud backup. Seasoned Google users will have no problems navigating through and understanding the format of Google drive. While Google users might prefer what’s familiar to them, we still think Dropbox is the best service.

Dropbox has extra perks for business users, including an unlimited storage offering and an upgraded password management tool for shared links.

The Last of Us Part II: How to avoid killing dogs

How to get coins in Pokémon GO

The best weapons in Call of Duty: Warzone

How to play the turnip Stalk Market in Animal Crossing: New Horizons

PS5 trophies: Everything you need to know

The best Hades builds to help you escape the underworld

The best GIF-maker apps and websites for 2021

Everything we know about New Pokémon Snap

How to create disposable email addresses

Inbox full of spam? Here’s how to block an email address in Gmail

The most common Google Meet problems and how to fix them

Everything we know about Ratchet and Clank: Rift Apart

How to choose an external hard drive

The best Among Us players

The best chat clients for 2021